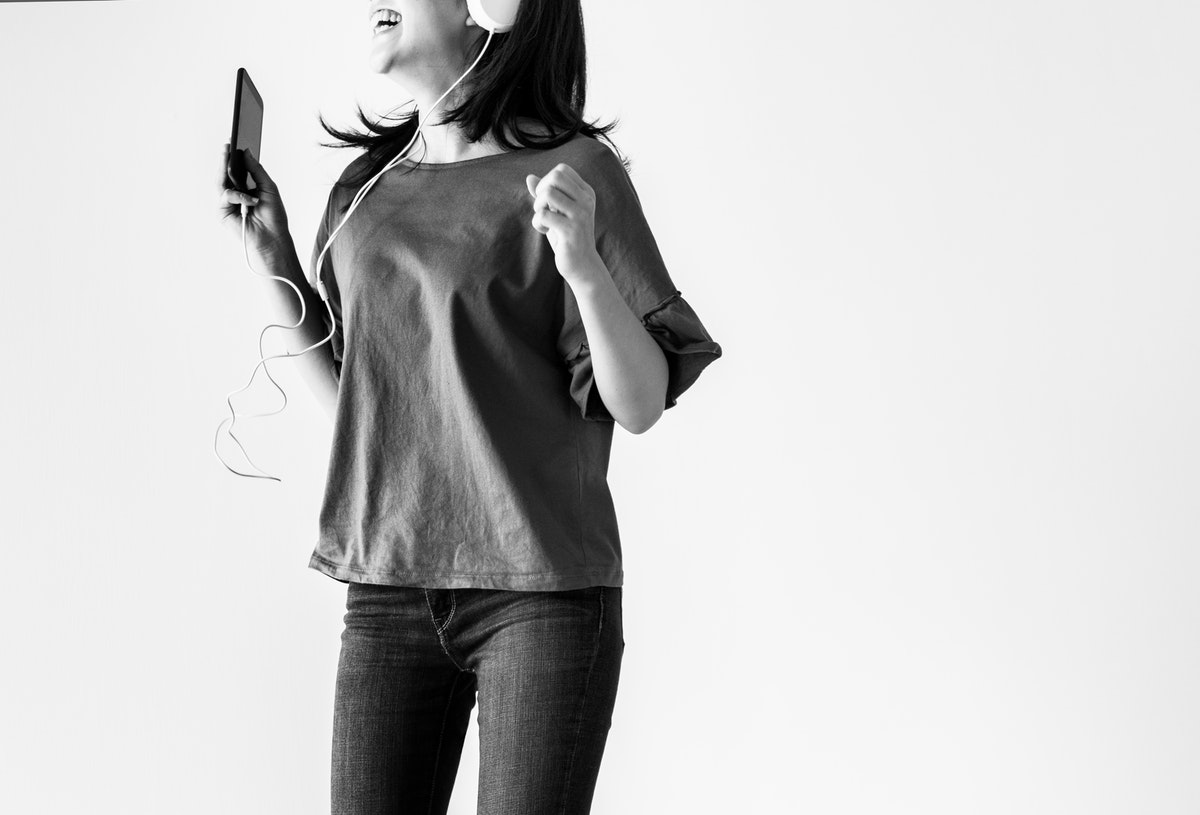 The third part in the Mind-Body Connection series looks at Dance Movement Therapy and how dance, in the form of unstructured movements, when stripped of its ornamental and performative elements, has surprising healing effects.

I have always been a dance enthusiast. The natural physical agility I had inherited from both my parents always helped me find a spot in the school’s group dance presentations. And it thrilled me and brought immense joy to my life as a child. However, like most childhood hobbies and talents, this little adventurous side of me got buried under the pressure of studies and making a career. I never trained in any dance form, something I rue till date.

It was only last year, with the beginning of the lockdown that I started to dance again. I also noticed an increased interest in dancing among friends and acquaintances. I started to post my freestyle dance videos online. That I might be judged for putting out untrained and random movements did cross my mind, but I posted them anyway. The love I received for each of these videos opened my eyes to something that changed my perception about dance forever… that people weren’t looking for perfectly choreographed moves and a flawless performance. That mere courage to use your body to communicate, to sway in joy and dance without any rhyme or rhythm in itself had an audience, was something I discovered from the reaction to my dance videos. The obsession with perfection of form and the shame of being untrained often stops us from expressing ourselves with our bodies.

Luckily for me, owing to these videos, I came in touch with other dance enthusiasts on an online forum. They invited me for Bollywood dance nights on Zoom. None of these group members were trained dancers. Come the weekend, we logged in, in our pyjamas and t-shirts and went dancing late into the night. After the intense dancing, half of the participants would drop out. But half of us would stay back for interactions. Dead tired, cheeks flushed, all sweaty, we would talk for hours after the dance session on politics, movies and our personal lives. For me these conversations stood out, because I felt an intense connection towards these half a dozen strangers I have only known online for just a month. But what made this possible?

HOW IT ALL COMES TOGETHER

The full range of therapeutic qualities of dance was not fully revealed to me until I stumbled upon a dance piece by a pioneering figure in American modern dance Martha Graham on the Internet titled “lamentation”. Choreographed and recorded in 1930, in this bone-chilling and evocative performance we see the dancer become the embodiment of grief, frustration and sadness.

The movements were nothing like what we see in dance performances on reality TV shows or on stage. They were abrupt, not pleasant to the eye, and extremely disturbing. There was no specific form. Every part of the dancer’s body moved in asymmetry. And yet it was powerful and effective enough to move the viewer and draw them in, take them to a place of catharsis. Graham is famously known to have spoken about how ‘lamentation’ helped a mother who saw her son run over by a truck overcome her inability to cry and eventually be able to mourn and accept his death, after watching the performance.

Graham, Marian Chace and some of their contemporaries in the Western world felt that classical dancing like ballet limited the body’s movement, and did not allow for full expression of human emotions and conditions. Each of them came with their own styles of dancing, increasing the movement vocabulary of its practitioners, liberating them from the tyranny of perfection, ornamentation and  limited themes. This breakaway form came to be known as “modern dance” — which also formed the foundation for what later came to be known as Dance Movement Therapy.

“Modern dance impacted the development of dance therapy to a large extent. Many dancers who were originally performers, choreographers and teachers later branched into dance therapy. Marian Chace, the founder of dance therapy, began her career as a modern dance teacher and taught for nearly two decades. In her classes she found that students came from all walks of life and were not always interested in learning dance for the sake of performance. Rather they hoped to gain pleasure, keep physically fit and enrich themselves by experiencing the aesthetics of dance. She therefore began to experiment with simplifying movements and evolved fresh teaching styles to cater to the needs of non-dancers.

As these developments took place, the Second World War came to an end in the 1940s.  America was faced with major problems of rehabilitating the returning soldiers – veterans as well as youth. In fact, many soldiers were being discharged because of emotional disturbances and mental illness caused by the stress and strain of wartime experiences.  During this period, the need to rehabilitate soldiers to function within various social settings became an important issue in different healing disciplines. New approaches like vocational training, activity therapy, art therapy and many kinds of group therapies were being developed to facilitate and accelerate their rehabilitation processes.

It was during this time that psychiatrists at St. Elizabeth’s Hospital in Washington DC got interested in introducing fresh therapeutic approaches into their scheme of treatments. They invited Marian Chace in the capacity of a dance teacher to work with psychiatric patients in the closed wards. She was encouraged to use movement to make contacts with these patients because they did not respond to verbal therapy.

She used warm-up routines, interactive movement exercises, mirroring techniques and rhythmic activity while building on the patient-therapist relationship.  The staff noticed that as patients danced, their range of movement gradually increased, and they were able to even achieve emotional expression. As they came out of their withdrawn states, they responded to music and interacted verbally with Marian as well as with each other. These were their first steps in communication and self-expression. This turned out to be a significant experience that initiated Marian Chace into further researching the theory and practice of dance as therapy.”

Now, Dance Movement Therapy or DMT is an established modality of alternative / body-based non-verbal therapy. In India too, people are entering Movement therapy studios looking to address their mental and physical challenges. When psychotherapists find it difficult to get their clients to verbalise their thoughts or emotions they often refer them to Dance and movement therapists.

“Dance movement therapy is not about how technically good you are with making clear body lines in space while dancing. It’s not about creating an aesthetic, artistic dance to entertain audiences. It’s about how to articulate who you are and what you feel with your physical movements, since it not easy for everyone to express buried memories, a current fantasy or a future vision through words which may not always come easy while expressing material from our subconscious or unconscious mind,” Tripura tells The Health Collective in an informal chat.

She adds, “70 percent of my sessions are about expression and communication through natural movement patterns interspersed with verbal reflection and processing.”

The therapist aims at creating a safe space for the client, helping them set personal boundaries, identify how some of their actions may be motivated by need for external validation and not come from an authentic place — all through movement. “Towards the end of the workshop, movement alters their self-perception; they begin to form a fresh understanding of their bodies and its immense expressive possibilities,” she tells The Health Collective.

Authenticity is a major tenet of DMT and a lot of emphasis is laid on finding an individual’s authentic moves. When clients discover their authentic moves, or improvise movements, they experience a boost in their self-esteem or emotional release. “I find it easy to work with those who are not classically trained. If I am working with a dancer who is trained in Kathak, she might not be able to move in ways other than her form. The indoctrination is so deep-seated that I have to remind them there was a certain way she moved when she hadn’t learnt Kathak. To use movement to articulate her emotions she must return to that time,” she adds.

MY STORY: DMT AND COPING WITH THE SECOND WAVE

With the second wave of pandemic assaulting us with a fresh set of worries and anxieties I felt a desperate need to explore my interest in the healing effects of dancing a little further. I signed up for Kashayp’s online workshop organised by CMTAI and Barefoot dance for the front line workers of the Covid-19 pandemic, and had one of the most transformative experiences.

Kashyap’s sessions have a five-step structure. Instead of encouraging clients to access their deeper emotions on their first day of DMT , she dedicates the first two sessions to movement seeding, in which she helps group members to discover / understand their movement and build a body language.

The second stage is exploration of movement where clients have the chance of having fun with movements, take pleasure in moving and trying different variations. The third stage is movement expression. This is where emotions come into play. By now clients get comfortable with expressing their emotions.

The fourth stage is resolution. “For example, if you are working with a very hyper-active group of children, and at the end of half an hour or 45 minutes, you manage to calm them down through movement, that’s resolution,” she says.

The final stage is integration, where the client is able to replicate the in-session behaviour in the real world. “For example if I am working with a woman who has a problem with low self-esteem as well as ‘saying no’, over a period of time movement is used to build her confidence, to be more assertive and say ‘No’ without any guilt, or shame. She experiments with these ideas in the safe space of the studio with the therapist. When eventually she is able to transfer this new change in behaviour in a real life situation, that’s when integration happens.”

In the final activity of one of the sessions, we were asked by Kashyap to use a chair as a prop and express what we have felt in the last 48 hours with its help. The prompt led me to hold the chair as if I was holding a trusted friend and then slowly hide myself behind it, even as musical beats kept on playing. For about five minutes I hid behind my chair, peeping through the holes in the chair, watching other participants from the sidelines. When I finally emerged out of it, I felt refreshed, energised as I had fully lived through the uneasy sense of disconnection and withdrawal I had been feeling.

The scientific research on the application of DMT in therapeutic set up is only increasing. There is enough evidence to suggest that increasing the body’s movement vocabulary has an empowering effect on a person and can be effective in aiding the treatment plan of individuals diagnosed with depression and anxiety.

The words of Jennifer Frank Tantia, somatic psychologist and a certified dance/movement therapist specialising in anxiety disorders sums up the power of DMT, “Voluntary movement transforms anxiety into agency.”

The good news is there are no prerequisites for using dance as a tool to boost your mental health. The first hurdle to overcome is to allow yourself to move. Once that’s done, your body’s natural movements will lead you to a place inside you where you feel calm, confident and happy.

BY THE SAME AUTHOR 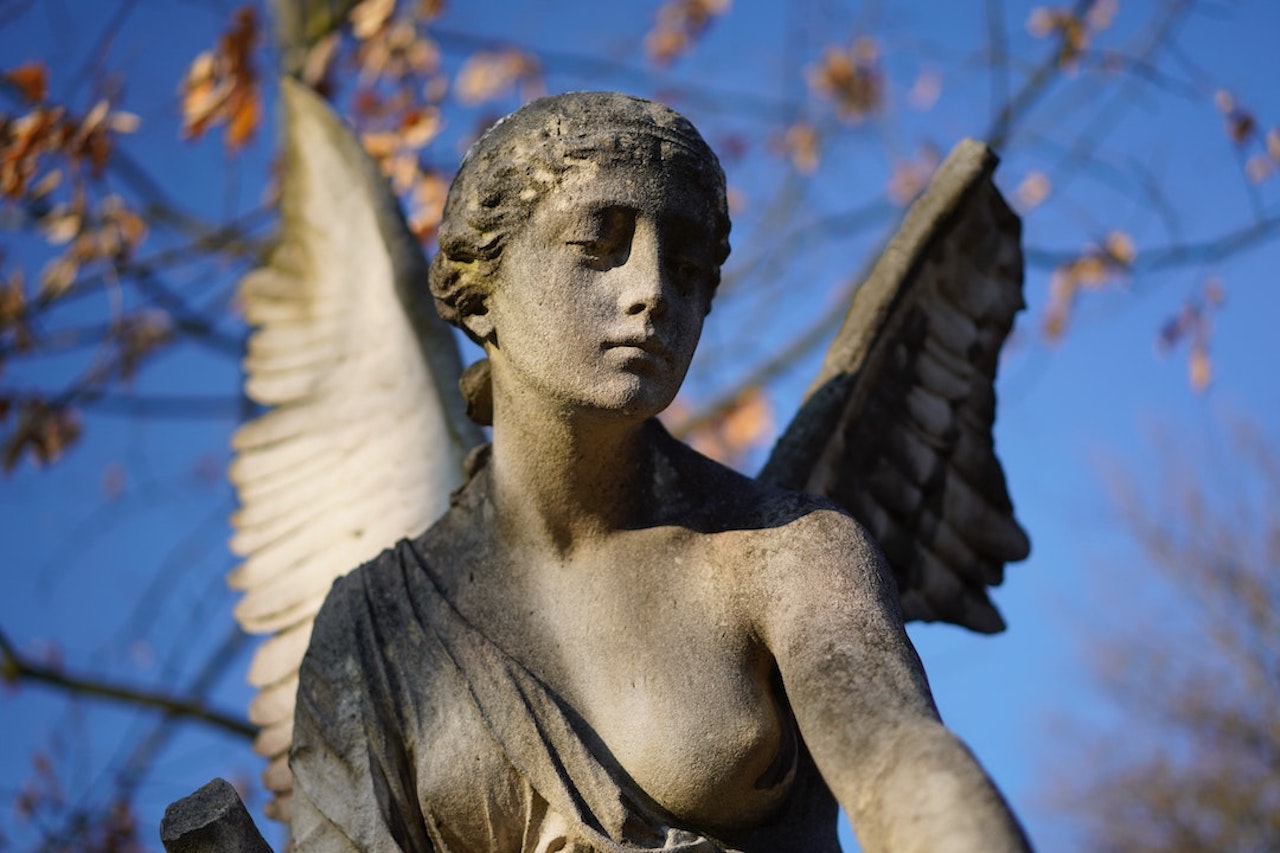 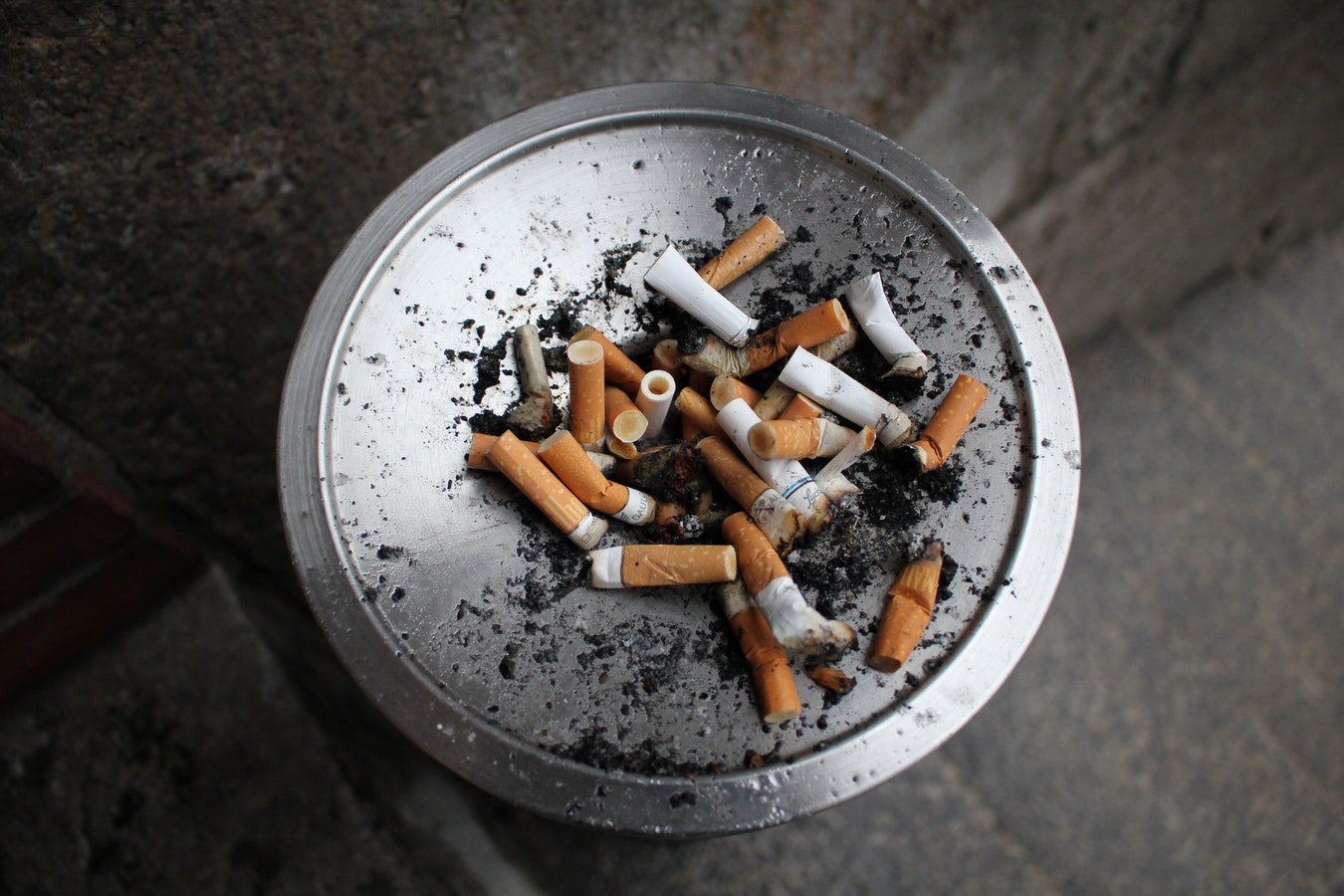 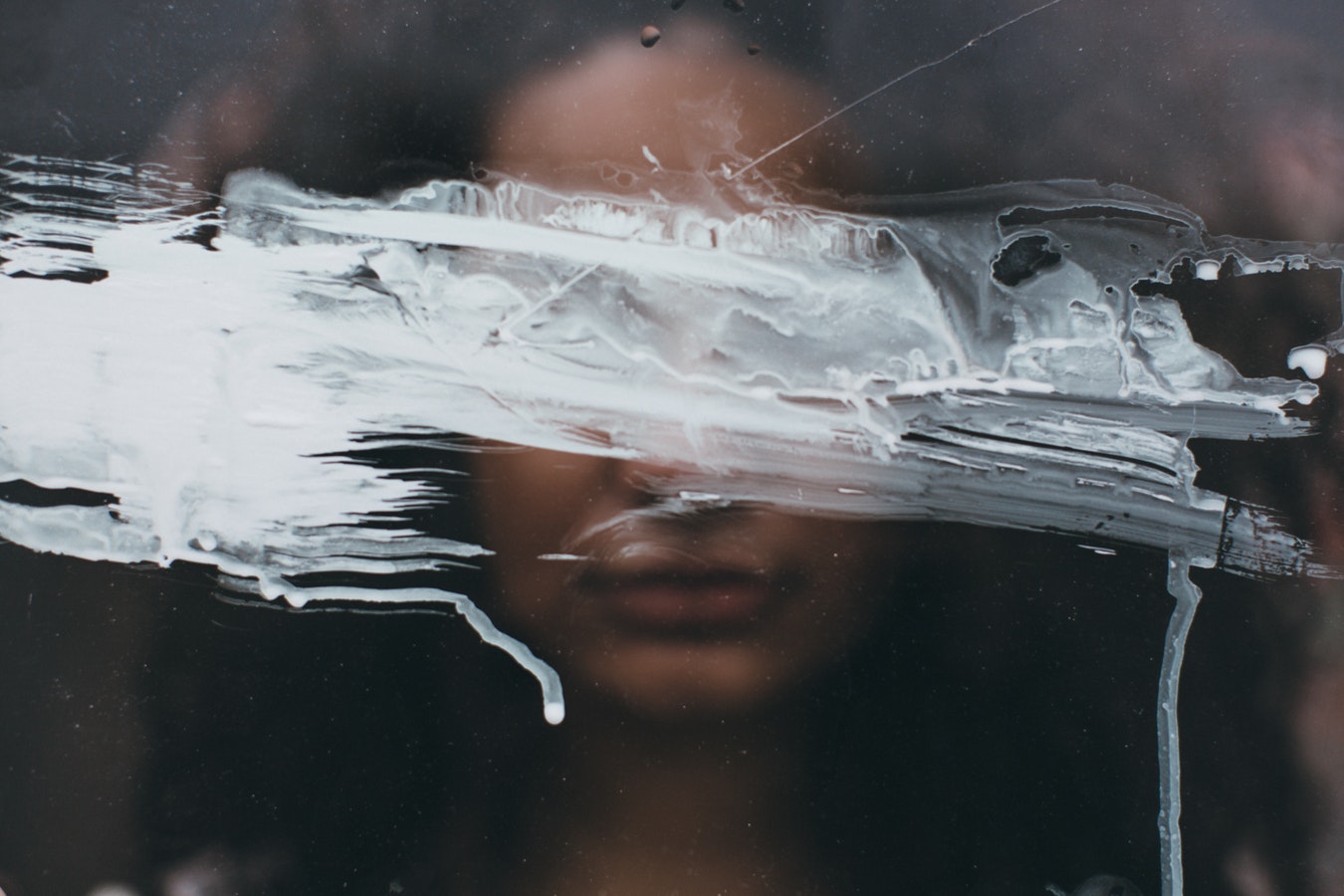